Why talk to the cashier?

This article originally appeared on screenagers.com, check it out here.

The other day a mom told me this funny (and not so funny) story. She had sent her son to the butcher’s and when he got there she got a text from him:

Son: Mom, do I have to talk with the butcher?

Son: Mom, why are you freaking out?

Mom: Because you are 16, you should be able to talk with the butcher!

There is no doubt that all of us want youth to grow up feeling comfortable talking with people in all sorts of settings—whether a butcher, a cashier, someone on a tram in the airport, and the list goes on.

Today I was talking with a 12-year-old about social media and self-confidence and he told me that posting pictures of himself doing cool things can “boost” his confidence. He then added, “…but, I feel like most of my confidence comes from actually talking to people in person because it is a lot harder.”

Since my kids were toddlers  I started encouraging them to ask questions, make comments, ask directions, make requests, give compliments, and order food from people in the world that are new to them (in safe settings, of course).  I am purposely not using the word “stranger” because that has taken on such negative connotations–the fact that it has “strange” in the word, the idea of “stranger danger”, etc.

Many of us now look down at devices when we are out in the world rather than interacting with others. We need to ask ourselves, ”At what cost?“  How important are these small interactions with others that we now forfeit so much more than in the past?

Psychologists  Schroeder and Epley wanted to understand why strangers near each other seldom interact. First, they asked participants if they thought they would be happier talking with strangers or less happy talking with strangers. The majority said less happy, (and less productive). So, they embarked on a study by randomizing Chicago subway commuters to talk with those around them on the train, or not.

It turned out that the participants who interacted with their fellow commuters actually felt happier than those who were not randomized to do so. Why don’t people naturally talk to others more often? One of the hypothesis by the researchers is that many of us assume that strangers don’t want to talk to us. But actually, they found the opposite was true. Furthermore, the people who were spoken to by the participants in the study were also asked how that interaction made them feel, and they too reported feeling happier.

“The pleasure of connection seems contagious,” Schroeder and Epley write. “This research broadly suggests that people could improve their own momentary wellbeing—and that of others—by simply being more social with strangers, trying to create connections where one might otherwise choose isolation.”

Sadly there are many people who are experiencing loneliness on a regular basis.

As former Surgeon General Vivek Murthy wrote in his article in The Harvard Business Review,  “During my years caring for patients, the most common pathology I saw was not heart disease or diabetes; it was loneliness.”

In a Forbes interview Murthy said   “Loneliness and weak social connections are associated with a reduction in lifespan similar to that caused by smoking 15 cigarettes a day and even greater than that associated with obesity. Loneliness is also associated with a greater risk of cardiovascular disease, dementia, depression, and anxiety.”

It is so common for the people who are in their 70s or older who come to my clinic and are living alone to feel truly isolated. It is a gift we can give when we are present, even for a short moment, to engage with people around us.

Meanwhile, as we shop online more often, opportunities for real-time relating dwindles.  JCPenny just filed for bankruptcy and it will be closing 2,300 stores. It is really sad to think of all the jobs lost. I remember fondly picking out bell bottom jeans at the JCPenny in my pre-teen years.

Modeling behavior that I want my kids to adapt is always on my mind. One thing I’m consciously working on is making sure to be off the phone when I get to the front of the line at the grocery store. I don’t want to miss the opportunity to connect to this stranger.  Of course, I’m not perfect. and there have been times when I am on a call for an emergency and don’t feel comfortable jumping off the phone. So, I apologize to the cashier, via a whisper or right when I get off the phone.

For this TTT discuss how our devices are keeping us from making connections. Here are some questions to help get the conversation started:

Posted in Lifestyle, Family, Growing Up 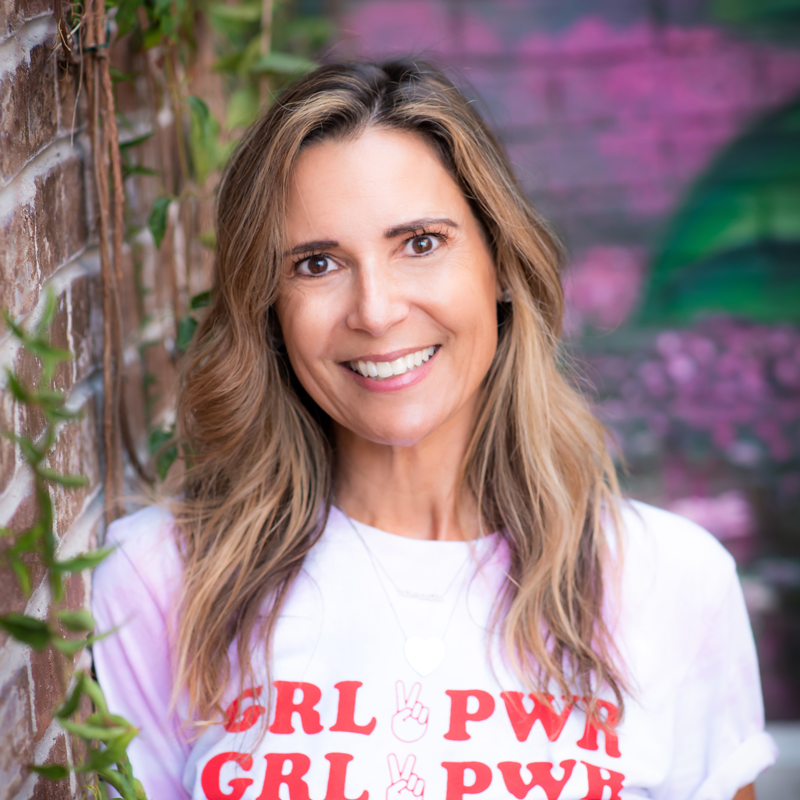 Dr. Carli Snyder, a board certified clinical psychologist practicing in the Las Vegas area for the last twelve years, is the founder and creator of Girl Nation. Carli’s approachable style and passion for inspiring girls to be their best possible selves makes her an influence girls are inspired to follow.